Ms. Palma wins against the Bank

By Henni Espinosa, ABS-CBN North America Bureau. Redwood Shores, CA - 73-year Corazon Palma made history when she became the first person in California to win her house back from her lender even after her 4-bedroom house in San Jose, California was foreclosed.

Palma staged a battle against Washington Mutual through a wrongful foreclosure lawsuit - and she refused to back down.

Palma is a cancer-survivor who lives on a fixed income. So in 2008, she asked her lender to lower her monthly mortgage payments of $3,900 a month.

A year later, she said that her lender promised to send her a loan modification packet. Instead, a Coldwell Banker real estate broker came to her house to notify her that her house had been foreclosed at a Trustee Sale.

Palma said, "I was so shocked. It felt like a bucket of cold water fell on me. When they gave me the note, I called my attorney."

She sought the help of Attorney Kenneth Graham, who represents many Filipino homeowners in Northern California.

Graham said, "WAMU deceived Mrs. Palma into thinking they were making loan modification efforts on her behalf while they were secretly planning a foreclosure sale on the property."

Her fight in court paid off. Last January, a judge ruled that Palma be awarded back her house.

Last Friday, she attended a court hearing in San Jose to find out the terms of the judgment. Palma would have to wait until December 3 to know if she will end up getting her house back for free.

Graham said, "The best case scenario for Mrs. Palma is if a judge rules that the lender has no further right to exercise the loan against the property. Hence, Mrs. Palma gets the property for free."

Worst case scenario for Palma - is that she continues to pay her mortgage but at a lower monthly rate.

No matter the judgment, Palma said she's glad she won the fight to keep her home.

She said, "But I know other homeowners are being abused as well and lenders really need to be taught a lesson for deceptive practices to stop."

Get facts not opinions on how other homeowners just like you have successfully resolved their problems. 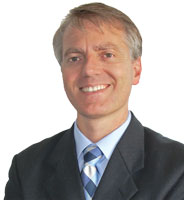